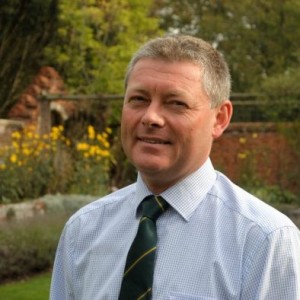 After graduating in Veterinary Science from Liverpool University in 1991 and working in mixed practice, Richard Newton joined the Epidemiology Unit of the Animal Health Trust in 1994.

Since completing a Masters in Communicable Disease Epidemiology at the London School of Hygiene and Tropical Medicine in November 1998 he has worked on the epidemiology of grass sickness, EIPH and equine infectious diseases, including equine viral arteritis, influenza and strangles.

He completed his PhD on the epidemiology of equine infectious respiratory disease in 2002 and in 2003 was awarded both the Diploma of Fellowship from the Royal College Veterinary Surgeons and became a de facto Diplomate of the European College of Veterinary Public Health.

Richard was Director of Epidemiology and Disease Surveillance at the Animal Health Trust. The group at the AHT had programmes on infectious disease surveillance in the UK for which it prepared quarterly disease reports for Defra; a dedicated programme on grass sickness surveillance and programmes looking at the epidemiology of laminitis in the UK and assessing the accuracy of data held within the National Equine Database (NED).

Richard has previously been involved in trying to solve the mystery of seasonal canine illness (SCI). The Animal Health Trust first became aware of the disease in September 2010. SCI is an emerging and sometimes fatal illness affecting dogs walked in woodland environments in the autumn months.

Since the closure of the Animal Health Trust (AHT) at the end of July 2020, Richard and his small immediate team have been retained by the UK Thoroughbred industry in providing disease surveillance and control functions, and the replacement of some of the AHT’s diagnostic and research activities are currently under review and being tendered for by other institutions.